Home > Our Lady of the Angels Chapel  > The Relics > St. Thomas the Apostle 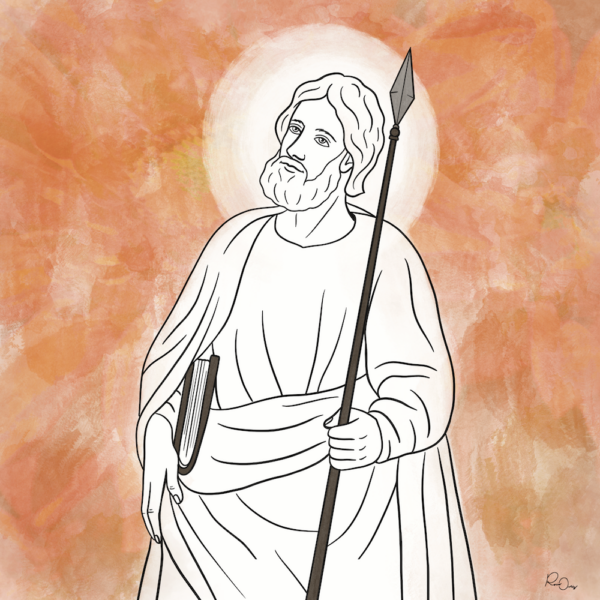 About Saint Thomas the Apostle

Those five words together form one of the clearest declarations in scripture of the divinity of Jesus Christ, resurrected and standing in front of one incredulous apostle – Saint Thomas.

Thomas was one of the closest followers of Jesus during His time on Earth and is most famous for being “doubting Thomas” – the result of an untimely absence on the first Easter Sunday that caused him to be skeptical upon hearing of the supposed resurrection of Jesus.

But while he may have a rough reputation for requesting physical proof of Jesus returning, he should be equally known for his courage as a follower of Christ.

Little is known about Saint Thomas. He is mentioned in every gospel, as well as Acts of the Apostles, but he only speaks in the Gospel of John. His exact birthday and date of death are unknown, but most historians agree he was most likely born to a Jewish family in Galilee. There’s no indication he was a fisherman, although he is among the apostles fishing in John 21 when Jesus appears on the shore prior to a miraculous catch.

We don’t know how Thomas became a follower of Jesus, but from the very first time in the Gospel of John that he speaks, it’s clear that he is a dedicated, passionate follower of Christ.

In John 11, Jesus announces His intention of returning to the town of Judea to visit his friend Lazarus, who He and the apostles had recently been told was sick. The majority of the apostles were less then enthused at the prospect of this trip (“…the Jews there tried to stone you, and yet you are going back?”) but Jesus was undeterred.

“Our friend Lazarus has fallen asleep; but I am going there to wake him up,” Jesus said. Displaying their trademark lack of understanding that the apostles often had when Jesus spoke with a deeper meaning, they replied, ““Lord, if he sleeps, he will get better.”

These moments occur frequently throughout the gospels and while Jesus was fully divine, he was also fully man, and quite capable of growing frustrated at their moments of dragging their feet. “Lazarus is dead,” Jesus spoke plainly in John 11:14, “and for your sake I am glad I was not there, so that you may believe. But let us go to him.”

Placing yourself in the shoes of the apostles, it is not hard to understand their hesitancy. Jesus had ruffled feathers in Jerusalem when he had been pressed to tell plainly of His divinity, but instead chose to respond, “I did tell you, but you do not believe. The works I do in my Father’s name testify about me, but you do not believe because you are not my sheep.” Narrowly escaping a stoning, the apostles were likely still trying to grasp the words of Jesus about The Good Shepherd and His Sheep (John 10) and “the Father is in me, and I in the Father” (John 10:38).

But ringing clear through any grumbling or dissent was Thomas, showing a rare glimpse of courage not often displayed by the apostles prior to Pentecost.

The second instance of Thomas speaking in the Bible shows him to be an inquisitive follower of Christ, sharing his desire to know the way to following Him more ardently. Through his question, we ultimately hear one of the most profound truths of the ministry of Jesus in response.

As Jesus is seated with His disciples around the table of the Last Supper, he speaks to them in hopes of comforting them. He had just predicted His betrayal, as well as Peter’s denial of Him, and tensions were likely running high.

“Do not let your hearts be troubled. You believe in God, believe also in me. My Father’s house has many rooms; if that were not so, would I have told you that I am going there to prepare a place for you? And if I go and prepare a place for you, I will come back and take you to be with me that you also may be where I am. You know the way to the place where I am going.”

Thomas, taking the concept of the travel and direction of Jesus to remain earthbound, replied, “Lord, we don’t know where you are going, so how can we know the way?” The answer by Jesus is one we have heard countless times and likely was imprinted onto Thomas’ heart:

“I am the way and the truth and the life. No one comes to the Father except through me.”

Lastly, we reach the upper room, where behind locked doors, the disciples, unsure of what to do next, remained in fear of the Jewish leaders. Mary Magdalene had recently told them the heart-stopping news that she had seen Jesus, raised from the dead, but they were still in awe when he suddenly appeared among them. “Peace be with you!” He said to the overjoyed apostles – but Thomas was not with them.

The cause of Thomas’ absence is unknown, but when he returned and heard that the Lord had just been standing in that very room, back from death itself, he insisted on physical proof.

“Unless I see the nail marks in his hands and put my finger where the nails were, and put my hand into his side, I will not believe.”

It can be argued that the actions of Thomas in this moment weren’t even those of true “doubt.” Jesus – the man whom he fervently wished to follow, even unto the point of death – had died on the cross. Thomas had given Jesus his heart and his hope, so when Jesus entered the grave, Thomas didn’t doubt in the sense of simply wavering or hesitating: he did not believe at all. He refused to acknowledge the possibility of the risen Lord, refused to offer his heart to be crushed again, until he was close enough to put his fingers in Jesus’ wounds.

What did Jesus do? He didn’t reappear with a thunderous rumble to rebuke Thomas for his disbelief. He didn’t leave him hanging and return back to His heavenly kingdom. Instead, one week later, he returned again to the apostles with the same greeting – “Peace be with you!”

Then, speaking directly to Thomas, Jesus said, “Put your finger here and see my hands, and bring your hand and put it into my side, and do not be unbelieving, but believe.” Incredulously, Thomas felt the fatal wounds that had taken the Lord away from him, only to see Him now mere inches away.

Falling at the feet of Jesus he exclaimed, “My Lord, and my God!”

This profound realization of truth ultimately led Thomas to be the first person to explicitly acknowledge the divinity of Jesus.

Following his encounter with the resurrected Lord, we lose track of a clear path of Thomas. We know he embarked on a missionary journey somewhere in the world, but most accounts are unreliable. According to many Christian traditions, Thomas traveled over to India, where he established numerous churches and preached the gospel all along the Malabar coast.

Thomas is recognized as the founder of the Church of the Syrian Malabar Christians (also known as Christians of St. Thomas), of which there are more than 3,000 parishes around the world.

According to Syrian Christian tradition, Thomas was martyred at Madras, a city in India now known as Chennai. Exact details are scarce, but most historians tell of Thomas coming into conflict with the king of Mylapore or the Hindu priests of Kali and Thomas eventually being killed by a spear.

The spear wounds of Jesus were the evidence Thomas needed to truly believe, but it was his own spear wounds that would become the ultimate evidence of his own faith.

Today, Saint Thomas is known as the patron of architects, India, Pakistan, Sri Lanka, and theologians. The name “Thomas” remains popular among the Syrian Christians of India, and there are roughly 5 million Catholics belonging to the Syro-Malabar Church.

Saint Thomas stands out among the apostles for his prominent questioning of what we all were taught to believe without question – that Jesus Christ died and rose again. But amidst what must have truly been a terrifying time for the apostles, having just seen their leader brutally murdered upon a cross, it’s perfectly understandable for Thomas to desire proof. Ultimately, he represents what we all desire; to have our love and faith of Jesus surpass all doubts and skepticism that can be heaped upon our Catholic beliefs.

Jesus did not pick worthless men to be His disciples. Their hesitancy to follow Him to Judea, their lack of understanding in His deeper meanings and their abandonment upon Golgotha doesn’t point towards foolish followers – it proves that their human weakness did not disqualify them from holiness or sainthood, and neither does ours. 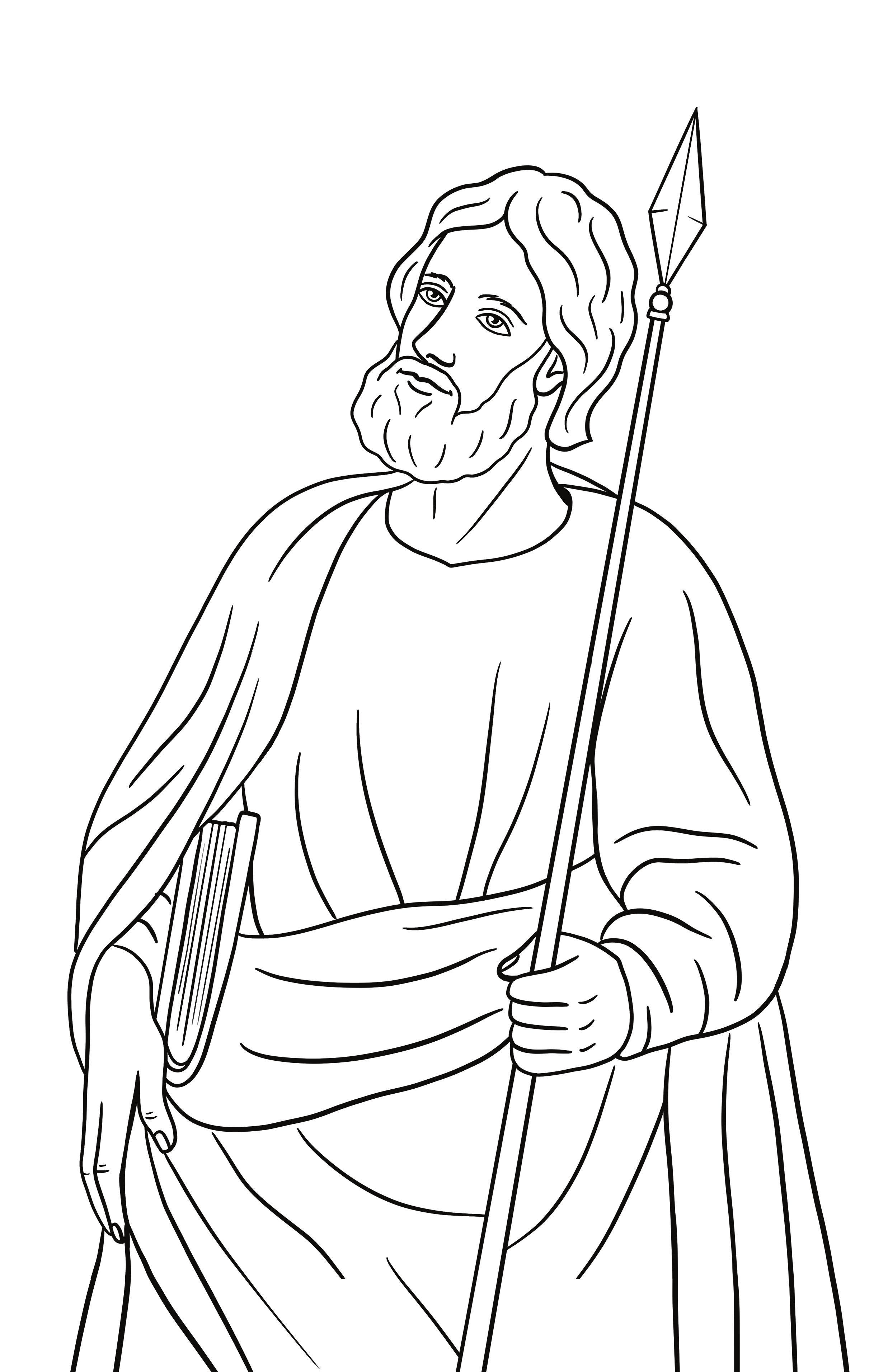 FUN FACT: IN 1964, WHILE THE CHURCH OF SAINT THOMAS IN MOSUL, IRAQ WAS UNDERGOING RESTORATION WORK, SOME BONES WERE DISCOVERED. THEY TURNED OUT TO BE THE FINGER BONES OF SAINT THOMAS HIMSELF!