Home > Our Lady of the Angels Chapel  > The Relics > St. Teresa of Calcutta 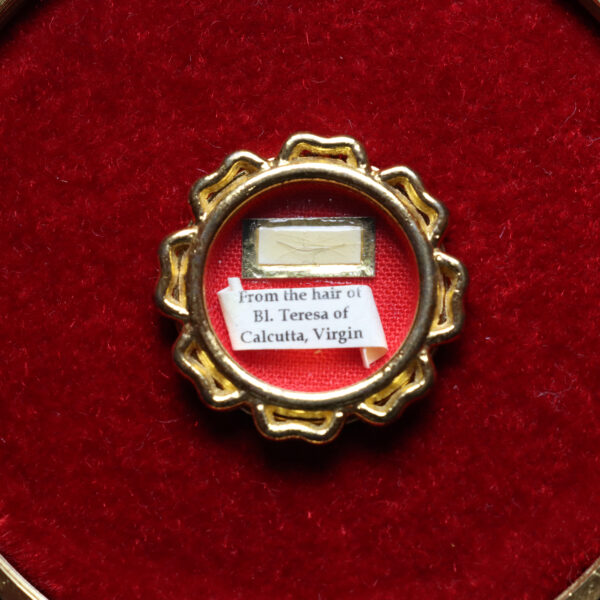 “There are no great things,

only small things with great love”

The luminous missionary known as Mother Teresa was born Agnes Gonxha Bojaxhiu on August 26th, 1910 in Skopje, Macedonia. The youngest of Nikola and Dranafile Bojaxhiu’s three children, Agnes was of Albanian heritage and only eight years old when her father, a local businessman, suddenly passed away. Her mother, a very devout and religious woman, raised Agnes to possess a strong faith, and after becoming very involved in her parish youth group and interested in missionary work, she left home to become a Catholic missionary nun at the age of 18. She joined the Sisters of Loreto, an Irish order known for their missionary work in India. She was admitted as a postulant and was given the name Sister Mary Teresa, after Saint Thérèse of Lisieux.

Teresa was sent by her order to India, and arrived in Calcutta, located on the Eastern side of the country near Bangladesh, in 1929 to teach geography and catechism at St. Mary’s School for girls. She made her final profession to join the Loreto order on May 24, 1937, becoming what she called the “spouse of Jesus” for “all eternity” and was henceforth called Mother Teresa. She continued to teach at St. Mary’s and in 1944, was made the principal of the school.

On September 10th, 1946, Mother Teresa was riding a train from Calcutta to Darjeeling for her annual retreat, when she received what she termed the “call within a call,” where Jesus’ thirst for souls took over her heart. Her desire to satiate that thirst and spread His love would become the motivating force in her life, driving her to establish the Missionaries of Charity, a religious community dedicated to “labouring at the salvation and sanctification of the poorest of the poor.” After nearly two years of planning and discernment, Mother Teresa received permission to begin, and on August 17, 1948, she dressed for the first time in her iconic white, blue-bordered sari, to leave the Loreto convent and enter the world of the poor.

She cared for the elderly, nursed the dying, washed the sick and desired to find Jesus in “the unwanted, the unloved and the uncared for.” After many months, former students from her time teaching began to join her, and on October 7, 1950, the Missionaries of Charity was officially established as a religious order in the Archdiocese of Calcutta. Through Mother Teresa’s hard work in the 1950’s, and Pope Paul VI granting them the Decree of Praise (an official measure from the Holy See which elevated their order to the recognition of pontifical right) in 1965, the Missionaries of Charity began opening houses in Venezuela, Rome, Tanzania, and even in Communist countries such as the former Soviet Union, Albania and Cuba.

Throughout all of the rapid growth, Mother Teresa remained rooted in the Lord, bearing witness to the joy of loving and respecting the dignity of every human person, while doing little things with great love. She persevered through what she called the “painful night” of her soul, where she experienced a deep, abiding feeling of being separated from God, starting around the time she began working for the poor, and leading up to the end of her life.

Despite this “darkness” and her deteriorating health, she never wavered, and by 1997, there were more than 4,000 Missionaries of Charity in nearly 600 foundations across 123 different countries. She blessed her successor as Superior General for the Missionaries of Charity in March 1997, before returning to Calcutta to spend her final weeks, passing away on September 5th, 1997. She was granted the honor of a state funeral by the Government of India, and less than two years after her death, Pope John Paul II permitted the opening of her Cause of Canonization.

Mother Teresa was a radiant, loving servant of Christ, who ventured boldly out into the world to tirelessly reach the poor and serve the unwanted. 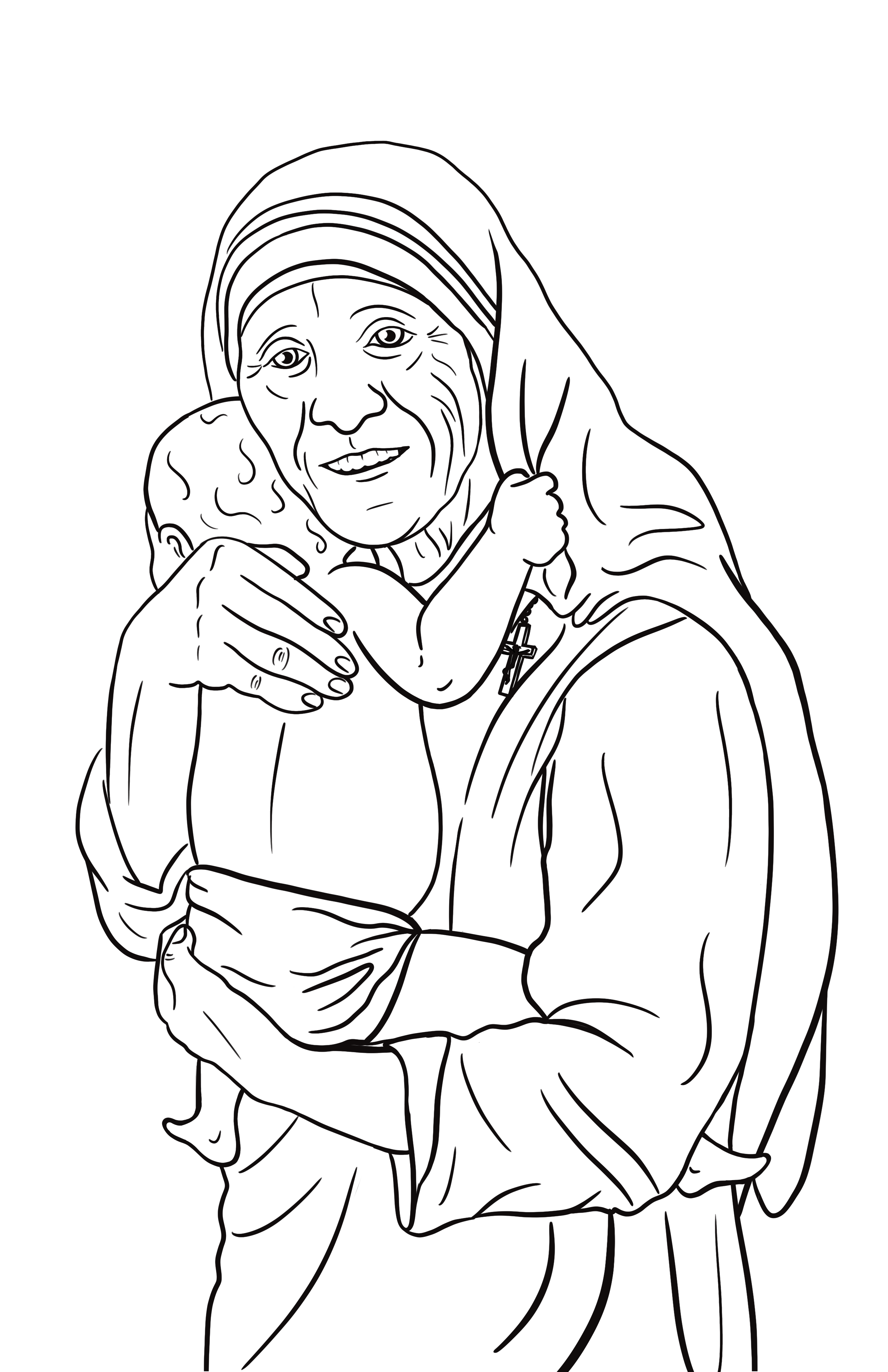 FUN FACT: MOTHER TERESA WON THE NOBEL PEACE PRIZE IN 1979, BUT INSISTED ON NOT HAVING THE USUAL CEREMONIAL BANQUET, SO INSTEAD THOSE FUNDS, ABOUT $6,000, COULD BE DONATED TO THE POOR IN CALCUTTA!