Home > Our Lady of the Angels Chapel  > The Relics > St. Peregrine 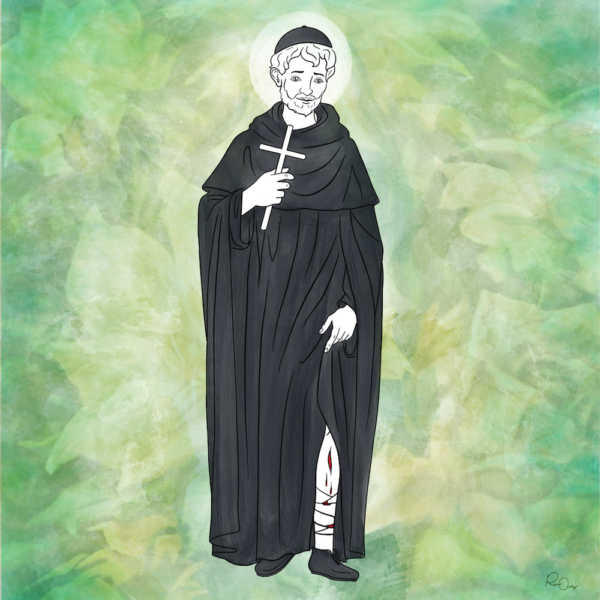 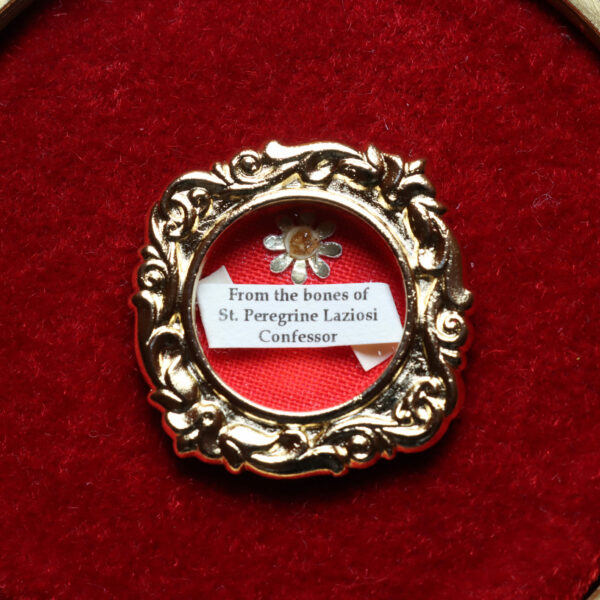 Peregrine Laziosi, a rebellious soul who would one day attain sainthood, was born to a wealthy family in Forlì, Italy in the year 1260. In his teenage years, Peregrine joined an anti-papal party, soon becoming a ringleader of a group of rebels opposing the Pope in his hometown. In 1283, the residents of Peregrine’s town of Forlì were placed under a spiritual interdict (a ban prohibiting persons or groups from participating in certain Catholic rites) by Pope Martin IV, which closed the churches in the city, hoping to bring the citizens to their senses.

The Pope sent Philip Benizi, from the Order of Servites (also known as the Servants of Mary) to Forlì, as his personal ambassador to try to preach the Gospel and bring peace to the angry rebels. One day while trying to preach, a group of the Peregrine-led rebels were heckling Philip, and the moment became so heated that Peregrine knocked Philip off the platform on which he was standing, with a strong blow to the face.

While this could have easily been a turning-point down a dark and violent path for young Peregrine, instead, it was a wakeup call. Peregrine was so overcome with remorse for his actions towards Philip, that he repented, cast himself at the feet of the bruised and bloodied priest, and begged for forgiveness. Not only did Philip Benizi forgive Peregrine, but he would help him convert to Catholicism. Peregrine began engaging in good works, distancing himself from the rebels, and praying regularly in Our Lady’s chapel in the nearby cathedral. It was in the cathedral that he had a vision of the Blessed Virgin Mary holding out a black habit like those the Servites wore, and telling him “Go to Siena. There you will find devout men who call themselves my servants. Attach yourself to them.”

The Servites welcomed him with open arms, with Philip Benizi himself ceremoniously handing Peregrine his new religious habit. He soon went on to be ordained a priest, before returning to his hometown to open a new Servite house, founded to care for the sick and the poor.

Peregrine quickly became well known for his preaching in the area, earning the nickname “Angel of Good Counsel” for all of his wise advice which he freely gave to the people. He was also known for his personal penances, which he took on in reparation for the sinful ways of his past. To atone for his misdeeds, of his penances was standing whenever it was not necessary to sit. Peregrine would hardly ever be found in a chair, instead supporting himself on a choir stall when tired.

By the age of 60, he had developed severe varicose veins in his leg from all the standing, and in turn, cancer in his foot. His leg rapidly deteriorated, with the severe pain leading him to visit a doctor, who solemnly told Peregrine that his leg needed to be amputated. Peregrine had no choice but to accept the diagnosis.

The night before the scheduled surgery, Peregrine spent many hours in prayer before a crucifix, asking for God to heal him if it be His will. Eventually falling asleep, Peregrine had a vision of Jesus descending off the cross, to touch his leg. The vision startled Peregrine awake, only to look down at his foot and find it completely healed of the cancerous growth. The doctor who arrived to perform the amputation could find no sign of the cancer, and news spread of the miraculous cure throughout the town.

Peregrine would go on to live another 20 years. He would pass away on May 1st, 1345, from a fever. Many who traveled across the countryside to honor his death were healed through his intercession. His body resides, still to this day, in the Servite church of Forlì.

Pope Paul V declared him blessed in 1609 and Pope Benedict XIII canonized St. Peregrine in 1726. He was the patron saint for individuals suffering from cancer, AIDS, foot ailments, or other illnesses.

St. Peregrine experienced a miraculous healing of his foot, but more importantly, a healing of his heart following a violent clash. He entrusted his life to the will of God, and was richly rewarded for his faith. 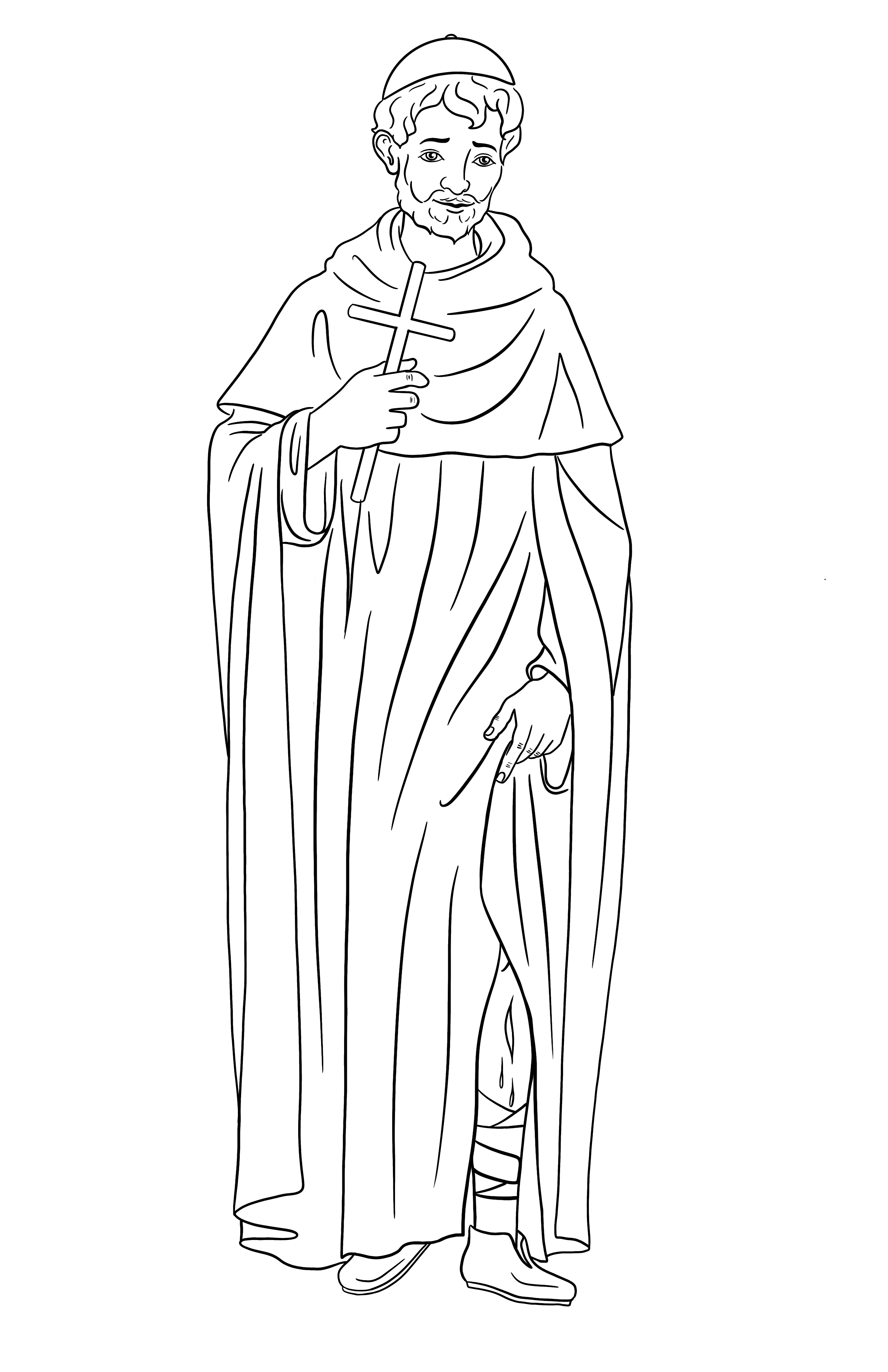 PATRONAGE: PEOPLE SUFFERING FROM CANCER, AIDS, AND OTHER ILLNESSES

FUN FACT: ONE OF ST. PEREGRINE’S NICKNAMES WHILE PREACHING AND GIVING WISE ADVICE TO ANYONE WHO WOULD LISTEN, WAS “ANGEL OF GOOD COUNSEL”