Home > Our Lady of the Angels Chapel  > The Relics > St. Jerome 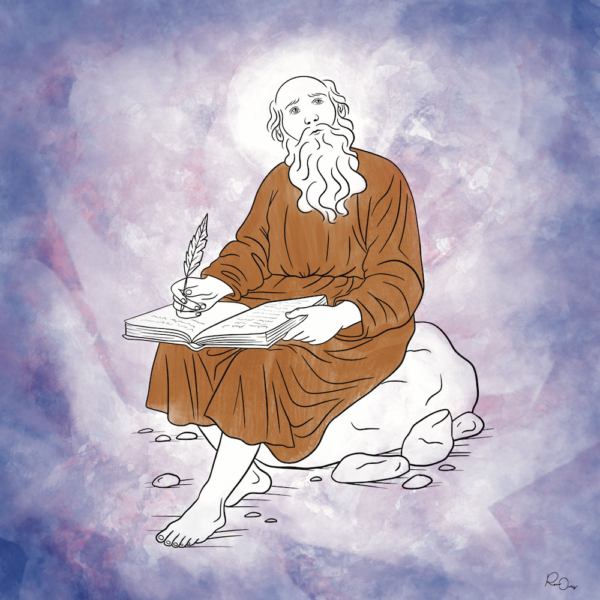 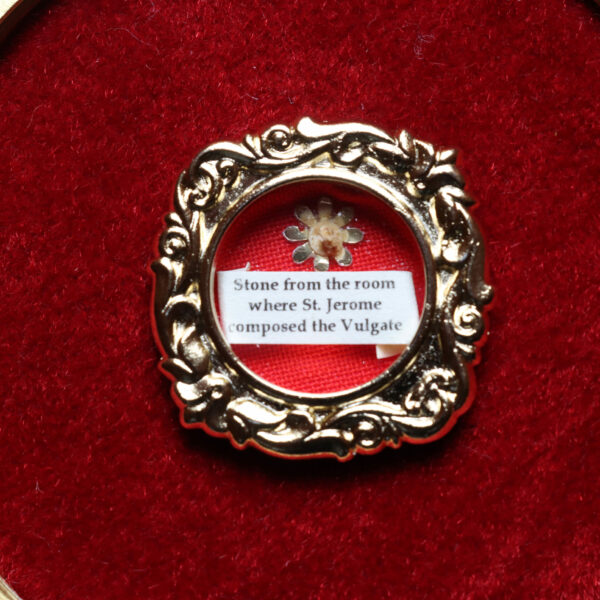 A legendary translator. A part-time hermit. A sarcastic and sharp-witted debater. Saint Jerome can be described as many things, but above all, he is one of the most important scholars of the early Catholic Church.

Born around the year 343 AD in Stridon, located in modern Croatia, Eusebius Sophronius Hieronymus had his education begin at a young age, traveling to Rome to further his studies before he was a teenager. In Rome, Eusebius studied grammar, philosophy and rhetoric, but the Roman culture quickly sent his moral compass awry. When he was not studying, he was likely pursuing women or seeking other superficial escapades.

The future St. Jerome knew his actions were wrong though, and while not yet even a Christian, on Sundays he would trudge down into the tombs of the martyrs and apostles in Rome, contemplating the reality of hell from deep in the catacombs. While Jerome was successful in frightening himself, it wasn’t until the year 366 when Eusebius decided to become a Christian and was baptized, more than likely by Pope Liberius.

The next portion of his life was spent traveling far and wide, studying theology at the famous schools of Trier, learning about the self-discipline of ascetism near Aquileia, and taking a pilgrimage to the East; it was on this pilgrimage while visiting Antioch Jerome is said to have composed his earliest literary work, De septies percussa (“Concerning Seven Beatings”).

Throughout all his travels, Jerome was developing his skills as a translator, which he first started to take interest in while in the Roman catacombs, where he would attempt to translate the inscriptions above the tombs. With a goal of building his own personal library, Jerome would pick up books along his journey, and translate them for his own use.

Around the year 374, while Jerome was still in Antioch, a series of sickness struck him and his friends, with two of his companions passing away. It was during one of these illnesses that Jerome had a dreamlike vision where in it, he was accused of being “a Ciceronian” – a follower of 1st-century Roman philosopher Marcus Tullius Cicero – and not a Christian, which led to a severe lashing in this dream. Awaking, he vowed to never read or possess pagan literature again.

The next year, Jerome traveled into the desert of Chalcis, southwest of Antioch, to live as a hermit. He would spend four years in the desert, desiring a life of ascetic penance, with practices including fasting, simple living, meditation, and striving to abstain from any sensual pleasures. This time of hermitage did not go smoothly for Jerome – he had no spiritual guide, his stomach didn’t agree with much of the desert food, and he spoke only Latin while living among Greek and Syriac speakers. Despite these difficulties, he worked hard to study and pray, learning Hebrew from a Jewish convert and continuing to improve in his translation skills.

By the year 378, Jerome was becoming well-known for his work as a scholar, and being a monastic figure of significance. He returned to Antioch, where he resided as a guest of the priest Evagrius (it was at his residence in Antioch that he composed De septies percussa). Evagrius introduced Jerome to numerous Church leaders, including Bishop Paulinus. Paulinus wanted to ordain Jerome a priest, but Jerome himself had no desire to do so. He would have much preferred to remain a monk or hermit. But with many Church officials in Antioch, as well as Pope Damasus himself, encouraging him to be ordained, Jerome relented on two conditions: he wouldn’t have any priestly functions forced on him, and he would still be allowed to pursue a monastic life. He was subsequently made a priest, immediately traveling to Constantinople to begin a three-year period of intensive study of scripture.

Jerome would cross paths with many noted theologians and scholars, learning greatly from them and helping him improve his knowledge of Greek. This knowledge would allow him to begin translating the homilies of Origen, a famous Greek biblical scholar, into Latin, as well as Eusebius’ Chronicon (Chronicles).

These translations would take up much of Jerome’s time until the year 382, when he was made secretary to Pope Damasus. Back in Rome, Jerome served dutifully while also pursuing further scholarly work and translations. He promoted the ideal of asceticism to those around him and used the best Greek manuscripts he could find to attempt to revise the Old Latin versions of the Gospels, which didn’t sit well with some among the Roman clergy.

Jerome’s pen would not be deterred by dissent though, crafting writings that defended Mary as a perpetual virgin, attacked the idea that marriage was as equally virtuous as virginity, and called out many Roman clergy who Jerome saw as corrupt or lax. When Pope Damasus died in December of 384, not even his great sarcastic wit could fully defend him from the vengeance of his enemies. One particularly vicious rumor that was spread involved an accusation of inappropriate behavior with a woman named Paula, who at the time was one of Jerome’s students in asceticism. Dismayed by this calumny, Jerome left Rome and returned to Antioch in 386.

Not long after, Paula, along with a number of other followers (many being Roman women who had been interested in monastic life and learned much from Jerome), joined him along a religious and archaeological pilgrimage across the Holy Land – traveling through Jerusalem, Alexandria, and eventually they settled in Bethlehem. It was here that Paula, a widow with four children, would finish building a monastery for men, three cloisters for women, and a hostel for pilgrims by 389. Jerome would spend the majority of his remaining years at this monastery, continuing to write extensively, engaging in debates against heretics or fellow teachers of the Church, including a heated exchange with St. Augustine himself. They eventually repaired their relationship and saw each other as equals, with Augustine once saying “What Jerome is ignorant of, no mortal has ever known.”

Jerome would spend the remaining 34 years of his life writing the bulk of his literary works. He wrote about his monastic life, some historical works, biblical exegeses, and more. While reviewing his earlier work on the Gospels, he deemed most of those writings inadequate and began to revise his earlier editions. Jerome would never finish a complete translation of the Bible into Latin, but his work would form the core foundation of the eventual accepted Latin translation, known as The Vulgate.

In the year 404, Paula died, and she would later become a saint (Saint Paula of Rome). Rome would be ransacked later that decade, with violence eventually making its way to Bethlehem, disrupting much of Jerome’s literary work in his final years.

Jerome died peacefully on September 30th, 420, and his remains were buried under the Church of the Nativity in Bethlehem, before being later transferred to Rome. He was beatified in 1747 by Pope Benedict XIV, and officially canonized a saint in 1767 by Pope Clement XIII. He is the patron saint of translators, Biblical scholars, librarians, students, and archaeologists, and he is recognized as a Doctor of the Church.

One could argue that Jerome’s translation of the Bible is one of the most important versions of the text to have ever been composed. It provided the source material for essentially all future translations of the Bible for more than a thousand years. He was a passionate writer, dedicated to prayer, and unwilling to allow the weakness of the flesh to deprive him of the glory found in full unity with God. 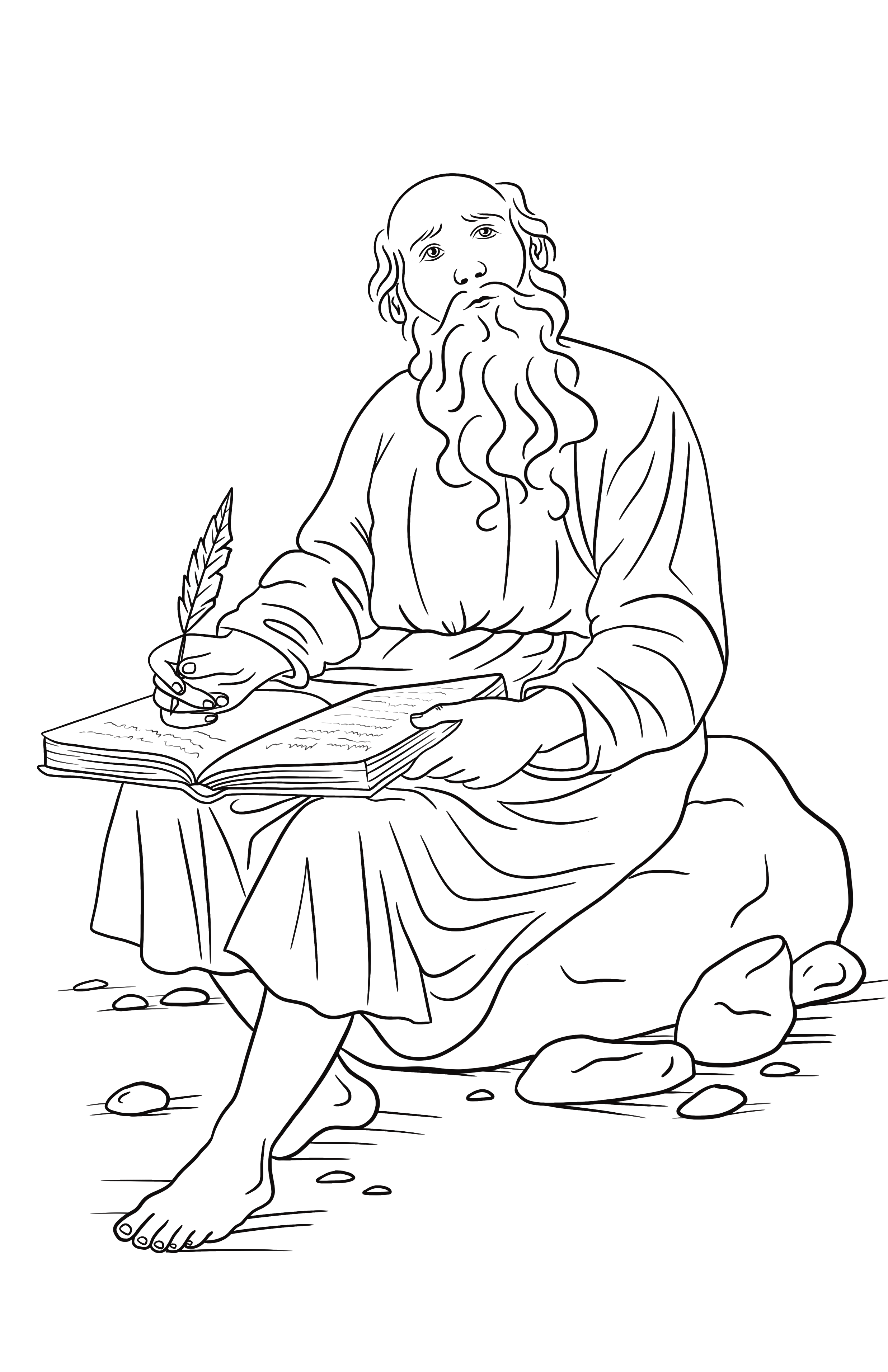 FUN FACT: SAINT JEROME IS SAID TO HAVE ONCE BEEN GIVING A LECTURE IN BETHLEHEM WHEN A LIMPING LION CAME UPON HIS CLASS. WHILE EVERYONE ELSE FLED, JEROME WELCOMED THE LION, AND AFTER EXAMINING HIS WOUNDED FOOT, EXTRACTED A THORN. THE LION’S FOOT WAS CURED AND HE IS SAID TO HAVE REMAINED WITH ST. JEROME UNTIL HIS DEATH.