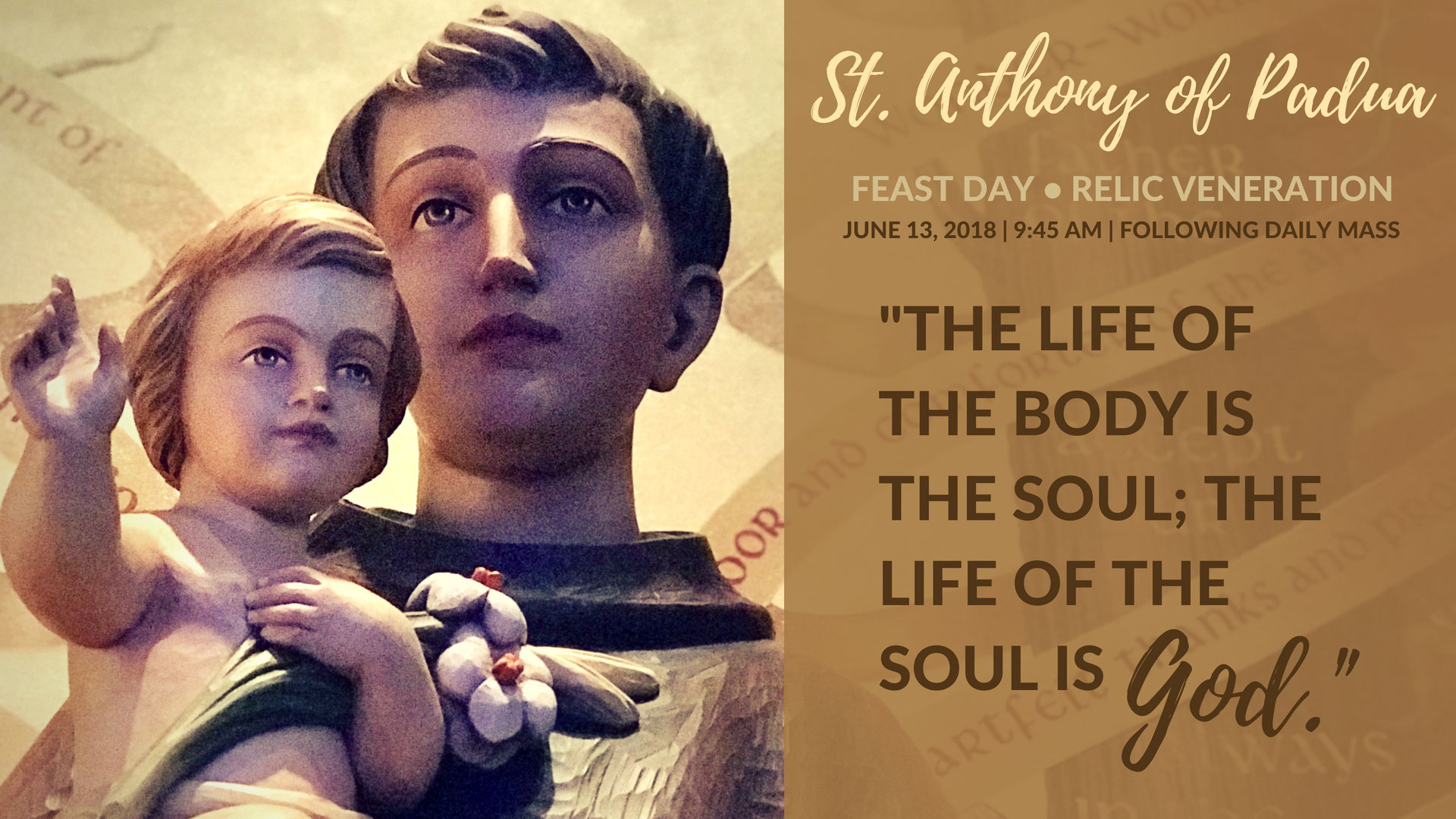 Join us for Mass and afterward celebrate our patron saint’s feast day with a special time of prayer.  Veneration of Saint Anthony of Padua’s relic immediately following daily Mass.

Saint Anthony of Padua is one of the Catholic Church’s most popular saints. Saint Anthony of Padua, patron saint of lost and stolen articles, was a powerful Franciscan preacher and teacher. He’s typically portrayed holding the child Jesus—or a lily—or a book—or all three—in his arms.

Among the Franciscans themselves and in the liturgy of his feast, Saint Anthony is celebrated as a teacher and preacher extraordinaire. He was the first teacher in the Franciscan Order, given the special approval and blessing of Saint Francis to instruct his brother Franciscans. His effectiveness as a preacher calling people back to the faith resulted in the title “Hammer of Heretics.” Just as important were his peacemaking and calls for justice.

In canonizing Anthony in 1232, Pope Gregory IX spoke of him as the “Ark of the Testament” and the “Repository of Holy Scripture.” That explains why Saint Anthony is frequently pictured with a burning light or a book of the Scriptures in his hands. In 1946 Pope Pius XII officially declared Anthony a Doctor of the Universal Church. It is in Anthony“s love of the word of God and his prayerful efforts to understand and apply it to the situations of everyday life that the Church especially wants us to imitate Saint Anthony. While noting in the prayer of his feast Anthony’s effectiveness as an intercessor, the Church wants us to learn from Anthony, the teacher, the meaning of true wisdom and what it means to become like Jesus, who humbled and emptied himself for our sakes and went about doing good.

This excerpt is from the book, Saint Anthony of Padua: The Story of His Life and Popular Devotions, which was published in commemoration of the 100th anniversary of St. Anthony Messenger by Franciscan Father Norman Perry (1929-1999)