Kolbe Prison Ministries (“KPM”) is named after Saint Maximilian Kolbe who was martyred in a German concentration camp during World War II. He is the patron saint of prisoners.

Our mission is to share the agape love of Jesus Christ with those in prison and to teach the fullness of truth of the Catholic Church to the incarcerated. We do this by presenting a three-day retreat within the prison followed by ongoing Catholic formation.

Each prison is served by local Catholic volunteers who bring into the prisons training materials, literature, and videos with the purpose of educating inmates about the Catholic faith and answering those who have shown an interest in learning more about the Catholic faith after attending a retreat. St. Anthony of Padua parishioners have led and participated in numerous Kolbe retreats over the last six years at multiple prisons in the area. Our adopted unit is the Ferguson unit in Midway, Texas.

A Kolbe Prison Ministry retreat is brought to the units to help the offenders enter into a spiritual relationship with Jesus Christ. Those participating in the retreat will be given the opportunity to share in the love and joy of knowing God and will learn more about the truth of our Catholic faith. Inmates are given guidance to help them in their faith journey. Holy Scripture and the teachings of the Roman Catholic Church are the guides for the retreats. It is a powerful community-building experience.

The Kolbe retreats were originally modeled after “ACTS” retreats administered by ACTS Missions. ACTS is an acronym that stands for “Adoration (prayer), Community, Theology, and Service.” Given the security measures and other restrictions in the prisons, the ACTS approach and design needed to be tailored to fit the realities of prison life.

Kolbe retreats typically take place in a single, large indoor space such as a gymnasium or chapel. The space is usually large enough to handle over 100 participants and outside team volunteers on the retreat.

A retreat usually runs from Thursday morning through Saturday evening. Depending on the prison’s location, the outside team may stay at a motel near the prison, commute from home, or make other lodging arrangements.

The retreat days often start early with the volunteers going through security searches as they enter the unit. Meals are usually provided by the outside team, making arrangements for the meals prior to the retreat.

With the approval of prison leaders, Eucharistic adoration is offered during the retreats, and the results are often amazing. 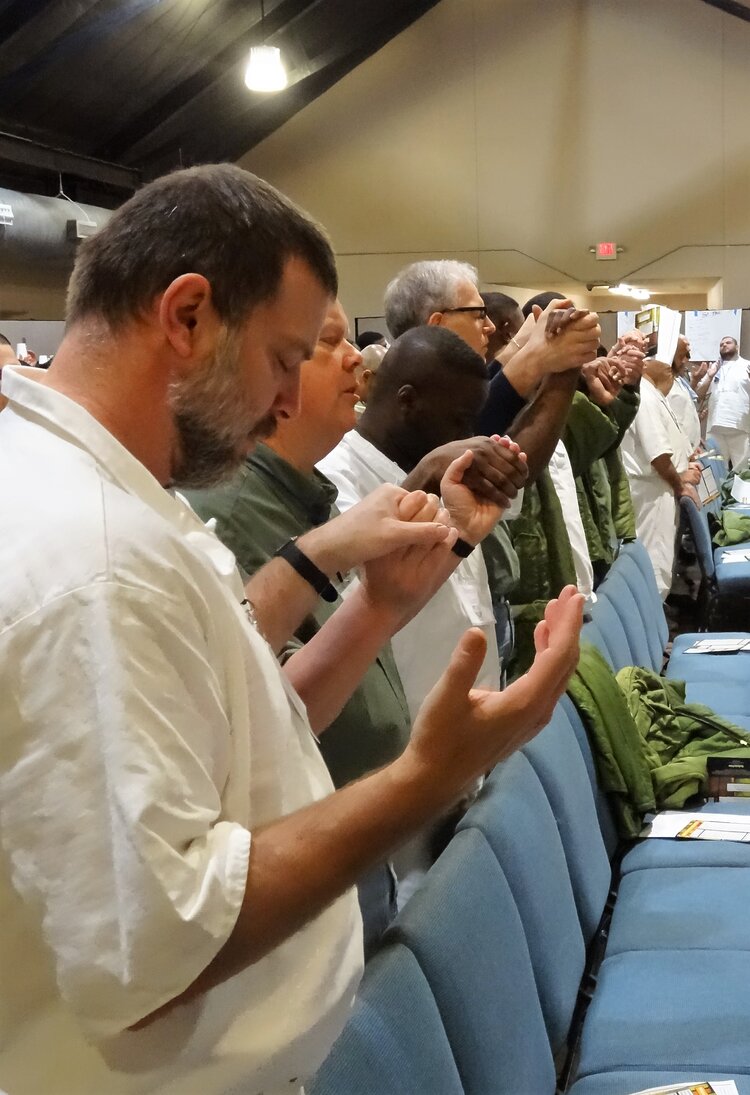 St. Anthony’s Kolbe Prison Ministry will be hosting a 3-day retreat on November 3rd through 5th for the incarcerated men at the Ferguson Unit in Midway, Texas.

If you are interested in this powerful and much-needed ministry, please email your name and phone number to Kolbe@ap.church.

In order to volunteer with Kolbe, you must be Safe Environment certified!

• If you do not have a VIRTUS account: Log into www.CMGConnect.org, and follow the instructions. Note: Your legal name (on your driver’s license/passport) is the name that one needs to use when registering. Not doing so may prohibit your information from being processed.

``A single act of love makes the soul return to life.``