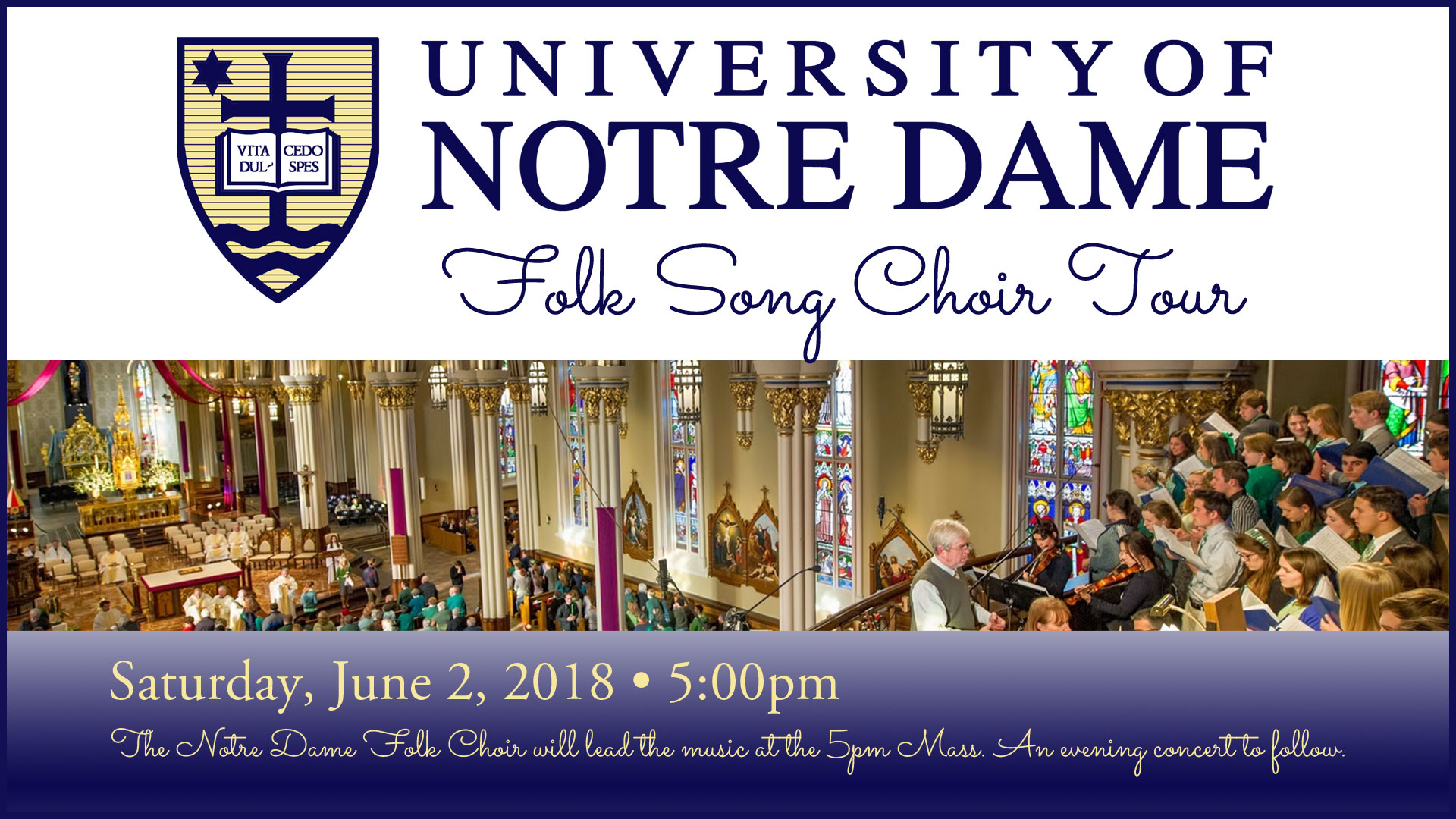 The Notre Dame Folk Choir will be visiting our parish and will lead the music at the 5pm Mass. An evening concert to follow.

The Notre Dame Folk Choir began singing in the late 1970s during a time of great changes in the liturgy. With the advent of the 1980s, the choir moved far beyond the conventional definition of a “folk” group. There are now more than four dozen men and women’s voices along with flute, organ, violins, guitar, string bass, Celtic harp, cello, and bodhrán (Irish drum).

Starting in the mid-1980’s, the Notre Dame Folk Choir began to make national and international tours as a part of its regular ministry. In August 1993 the Folk Choir was one of a handful of American choirs invited to sing for World Youth Day in Denver, Colorado and for His Holiness John Paul II at the concluding Papal Liturgy.

Today the choir serves the University of Notre Dame as one of its principal liturgical choirs, singing every Sunday during the academic year at the 11:45 A.M. liturgy.